Fall is officially here! How about you celebrate by making this easy peasy Apple-Pear Galette. It’s an effortless dessert to put together but makes for a visually stunning presentation.

This Apple-Pear Galette is filled with a juicy, crisp apple and pear. You can choose your favorite apple and pear to use for this recipe, however, I chose Gala apple and Bosc pear.

Did I mention how easy it is to make this galette? This recipe uses a store bought crust, making your job easier and less stressful.

From scratch pie crusts aren’t necessarily hard to make, but they do take time to prepare and chill. I give you full permission to go ahead and just use the store bought kind.

Now, just a little heads up. I normally try and post up gluten-free dishes, however, this recipe is NOT gluten-free because of the pie crust. Just wanted to make that known.

You can, of course, make your own pie dough with gluten-free flour and this recipe then becomes a gluten-free galette!

What’s a Galette, you ask?

It is a French term meaning “flat cake” and originated in, you guessed it, France!

A fruit galette, like the one in these pictures, resembles a single pie crust filled with seasonal fruits and the edges of the crust are folded only partway.

The result: a rustic, delightful dessert that is so easy to make but says, “I’m fancy!”

Galettes are imperfect little pies: that’s what makes them so charming.

Instead of making the typical apple pie for your next holiday dessert, try your hand at these simple half-pies and save yourself some time.

I topped my galette with a homemade salted caramel sauce. I’m not going to post the recipe for the caramel sauce quite yet because I’m still working on getting the consistency just right before I do.

In the meantime, you can always use a really good store bought brand. I do recommend using caramel sauce on this galette; it just compliments the fruit and flaky crust.

I want to note as well that the store bought pie crust I bought came in a package of two. So feel free to use both pie crusts and make two galettes. You would just need to double up on the recipe then.

Enjoy this rustic Apple-Pear Galette this holiday season– just make sure to have caramel sauce and vanilla ice cream on hand to serve with it. 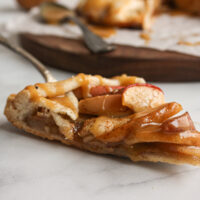 Here are a couple of pictures that are perfect for pinning to your Pinterest boards.

We’d love to hear from you. Feel free to leave a comment down below.

Be sure to check out our other yummy recipes. Our most recent recipe was our Cranberry-Oatmeal Sandwich Cookies. These cranberry-oatmeal sandwich cookies are filled with a heavenly white chocolate buttercream filling and are incredibly delicious.

Copyright © The Tickled Tastebud. All content and images are copyright protected. Do not use any images without prior permission. If you want to republish this recipe, make sure to re-write the recipe in your own words and only list ingredients making sure to like back to this post for the original recipe and directions. 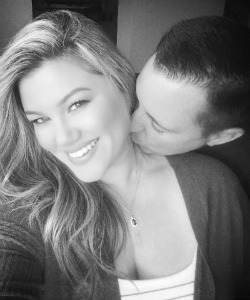 Hey foodies, it’s Marcie and Kevin. Food has the ability to bring people together and evoke feelings of happiness. Let us help you make something great in the kitchen.

Love to hear from you, 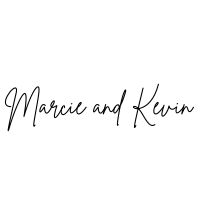 *New* You’ll love the taste of these gluten-free

*New* If you want a fast and healthy breakfast th

Have you ever tried making your own cranberry sauc

These Buttermilk Dinner Rolls are a great side cho

You will love every bite you take while eating thi

Sweet and tart are the perfect combination in this

These GF Red Velvet Whoopie Pies are the perfect l

If you find that you have overripe bananas on hand

If you’re looking for a delicious appetizer that

*New* This yummy dessert has it all…salty, sweet

Happy new year, everyone! I’m back and ready to

*New* Looking for an appetizer that is not only ea

The holidays are here and the weather is getting c

This delicious Christmas Crack is SO addicting, he